Apparently Dying is Cheaper than Living

I have plenty of talents.  I can reasonably formulate words into reasonably interesting sentences, I can beat a dead horse by debating a subject ad nauseum with people who are never going to change their minds, I take fancy pictures of my dogs, and I have it on good authority that I am an excellent kisser.

Not actual lips (but close)

There are areas where I possess far less talent.  Those include hanging up my clothes on a regular basis, staying away from chocolate, and dealing with money like a real adult person.  Unfortunately I am an adult person, or so they keep telling me.  Personally I believe that I am living a life similar to Tom Hanks character in the movie “Big”, and I’m just a small child in a grown up body.  I would prefer to have some other person who is actually an adult deal with all of this stuff and just give me a reasonable allowance.  Is that really so much to ask? 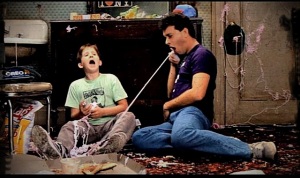 Adulting is not this much fun

Apparently, it is.  So I grabbed my big girl panties and much like Clark Kent changes into Superman, I became Real Adult Person.  I contacted a service to help me with complicated subjects like: who is Roth and why does he belong to the Irish Republican Army and why should I give him my money?  Will I be sponsoring terrorism?  Will Homeland Security be notified?

Not a Roth IRA

Kellie, my investment planner, assured me that I would not be on a terrorist watch list for saving money and that IRA was actually something truly dull called an investment retirement account.  I dozed off a little when she started rattling off words like: 401K, high-yield savings, and term life insurance.  I interrupted her boring litany to ask if it was possible to just forget about all of this and rely on our kids to take care of us.  I mean there are six of them, the odds are in our favor that one of them will be rich, right?  Kellie was not amused.  To punish me she killed a tree and had it made into an actual ream of paper and then insisted that I divulge all of my bad financial habits.  When I sent it back to her I felt like I had just confessed to a lifetime of crime, and Kellie was surely going to light it on fire and quit her job.

Rendering of Kellie reading my financials

Surprisingly she showed up to our next appointment, although in all likelihood it was due to an overwhelming need to confirm that I am really that lame with money.  To her credit, she didn’t reveal any sounds of her co-workers laughing hilariously in the background while she went over my lack of financial planning.  I made a note to find out what brand of background laughter reducing headphones Kellie possessed and add those to my budget.  That’s right, Kellie had worked out an actual budget for me.  I stifled my outburst of “Sorcery! Burn the Witch” as she was explaining how I was going to save money in something called a “rainy day fund”.  I tried to explain to her that I live in California and we don’t have rainy days, but financials are no laughing matter to Kellie!

According to Kellie, all the money I have been spending on the necessary staples of life (i.e., wine, Netflix and 2-ply toilet paper), are going to ensure that I am homeless in my old age.  That sounded bad.  I have often told the Hubby that I would live in a “van down by the river” with him if necessary, but that was just my way of interjecting Chris Farley humor into our every day conversation.  We laughed. 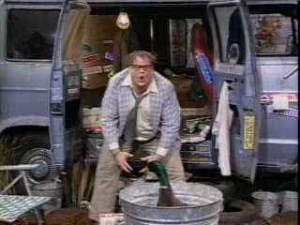 actual van down by the river

Kellie informed me that was a bad plan and that her plan for us was going to secure a comfortable future where our kids will be able to afford to bury us one day.  I started to tell her that I was going to have a Viking funeral and didn’t need to be buried, but considering her serious adultishness I didn’t think she would understand the awesomeness of being lit on fire and sent to sea.

I mean seriously, who wouldn’t want to go out like this?

Kellie explained that we needed to cut back on our spending.  She provided a “flex spending” list where we were supposed to look for ways to cut out excess.  The items up for consideration were: any subscriptions (like Netflix), groceries, cable, internet, dining out and entertainment.  From what I could tell Kellie’s plan meant that I wasn’t allowed to have any fun until I was too old to have fun.  This is why I think being an adult is a completely bogus concept. You finally get to do what you want and then you spend your time working and saving money until you are too old to do that anymore and then you are too tired to have any actual fun.  Well whoever invented this system is a sadistic asshole. 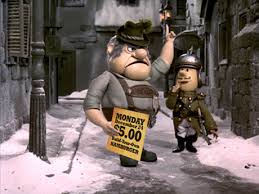 Me, after Kellie got done setting up our budget

I could have watched the entire Star Wars original trilogy in the time that Kellie spent analyzing our new budget, which I refer to as the “dying is cheaper than living” plan.  This plan consists of saving all of the money that I am not spending on insurance premiums until I die.  Kellie tried to reassure me that we would be able to budget fun back in for February 2019, which caused me lose consciousness momentarily.  Upon reviving I blurted out, “That’s 3 years!” and wiped my tears with a single sheet of our last roll of 2-ply.

We’ve been following the new budget for almost two whole weeks now.  Okay, it’s actually 10 days but I’m not good with numbers as Kellie can confirm.  It’s not that bad so far, only 39 more months to go.  I finally got my wish, an actual adult is following the budget and giving me an allowance.  She’s doing a pretty good job so far, plus she lets me eat chocolate and doesn’t complain when I don’t hang up my clothes.

6 comments on “Apparently Dying is Cheaper than Living”

This entry was posted on November 11, 2015 by Michelle King in A Day in the Life, Batty, Blog, Top Ten, Weekly Post and tagged adulting, Big, budget, Dwight, in a van down by the river, investing, money, old age, rainy day fund, retirement, star wars, term life insurance, The Office, The Who, Tom Hanks, umbrella insurance.

a diary of a mom
That Awkward Mom

Covering all things deemed necessary by a fixated woman who is entertaining enough to be tolerated.